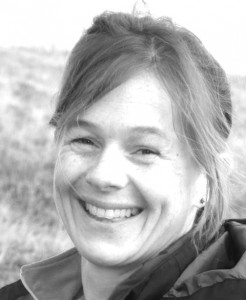 I graduated from Exeter University in 1989 with an Honours degree in Primary Teaching and History.  I then enjoyed and learned from the challenges of teaching in both inner city schools and then independent schools in London until 1999.  In 1996 I trained at the Dyslexia Institute and became a peripatetic dyslexia specialist working with both primary and secondary pupils in London.   During that time, I also worked as SENCo for a primary school.

Having gained the TEFL certificate in 1994, I included teaching English as a Second Language to both children and adults into my peripatetic practice. Around this time, my long term interest in music inspired studying on a music course with the Open University and further piano lessons, enabling me to teach piano to beginners.

In 2002 I gained a 1st  class degree in Psychology with the Open University, whilst living and working in California, having relocated because of my husband’s employment.  On returning to England and after the arrival of our twin girls, Anna and Lucy in 2002, I gained a place for the Masters Educational Psychology course back at Exeter University.  Completing this with a distinction for my thesis on Mediated Learning, I took a position as Educational Psychologist  in the Educational Psychology Service in the Swindon Unitary Authority.  I worked there until 2011, which included a year’s maternity leave following the birth of our third daughter, Jessie in 2006. I now work as an independent Educational Psychologist working with individuals of all ages and abilities from 3 to adult, working closely with both the individual and with those working and supporting them at school and at home.  I travel around Wiltshire and surrounding areas but recent experience has also included taking up a request to visit a boarding prep school in Kenya to deliver assessments and advice.

An important aspect of working as an independent psychologist, is ensuring that I have good supervision, and that when other outside professionals are involved that the work is joined up for the individual, their family and supporting adults. The South West Allied Professional Group was founded in 2010 to help provide this mutual support and to offer joined up working when appropriate. The group is made up of local independent professionals of the core professions who work with children, young people and adults. See http://swapgroup.org. In addition I have a network of other professionals with whom I can consult and refer.